In the early years of the 20th century, American author L. Frank Baum created the Land of Oz – and with it, two contrasting examples of living, intelligent machines. The first and most famous of these is the Tin Man: a human woodsmith whose biological body had slowly been replaced with a metal one until he was “some sort of man yet made entirely of hollow tin.”

The second of Baum’s androids is Tik-Tok, who first appears in the third Oz novel, Ozma of Oz. Unlike Tin Man, Tik-Tok is an original machine – a “patent double-action, extra-responsive, thought-creating, perfect-talking mechanical man,” as the manufacturer’s label reads – and an early example of artificial intelligence (AI) in fiction.

By the middle of the century, science had picked up where literature had led. Alan Turing explored the theoretical possibility of AI in his seminal paper Computing Machinery and Intelligence, published in 1950.

In a section entitled “Learning Machines,” Turing compares the mind to a pile of atomic material, ideas to neutrons that are injected into that pile, and the reaction caused by that injection to the process of learning. According to Turing, most human minds are “sub-critical’ […] An idea presented to such a mind will on average give rise to less than one idea in reply. A smallish proportion are super-critical. An idea presented to such a mind may give rise to a whole ‘theory’ consisting of secondary, tertiary and more remote ideas […] Adhering to this analogy we ask, ‘Can a machine be made to be super-critical?’”

At the time he wrote this, the answer to Turing’s question was very firmly theoretical. Seven decades later, times have changed. We are living in the age of Tik-Tok. But unlike in Oz, where that perfect-talking mechanical man was a one-off creation, AI today is reaching into almost every part of human life.

AI and mining: the basics
As with all complex concepts, AI can be difficult to define. There are also many associated terms thrown around, notably (and going back to Turing for a moment) the idea of machine learning, which is often used interchangeably with AI. What then are the keys ideas to understand?

“The fundamental thing that miners need to understand with anything to do with AI is that it all starts with data and its real-time usage (or not),” explained Phillip McBride, lead at mining Industry 4.0 specialists, I4 Mining, and chief sales officer at Rayven. “Poor quality or incomplete data sets coming in equals bad insights and performance coming out.”

Machine learning is the algorithmic analysis of these (potentially very large) data sets to identify hidden trends or relationships... to read the rest, head to North American Mining Magazine website.

I4 Mining is a suite of digital mining solutions built on our world-leading data consolidation and AI + IoT platform, Dynamix, designed to help miners quickly adopt Industry 4.0 technology and succeed with key strategic goals. Featuring pre-built sector-based logic, AI and enterprise-level functionality; our solutions can be deployed and performing in the field in weeks, enabling miners to begin their transformation ready for a 'zero' future.

Speak to us today to discover how our fast-to-deploy, highly-flexible & commercially viable at-scale digital mining solutions can deliver your business with measurable results now and ensure profitability into the future.

If you'd like to find out more about the technology that underpins all of our digital mining solutions, other industrial uses of AI + IoT, or are eager to get into the detail of precisely what AI and IoT technology are then visit the Rayven blog. 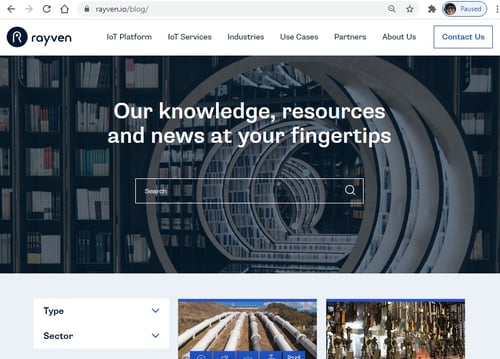